Tom Burden is a movie and television director. He has crossed paths with the gang on more than one occasion.

His giant crab movie was being delayed by the Ghost of Clayton Lonney.[1]

The gang spotted him at an autograph table at the Monster Mix 2004 convention.[2]

His TV set was disrupted by another monster.[3] 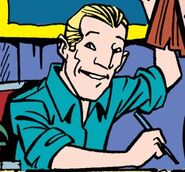 In A Wolf in Creep's Clothing. 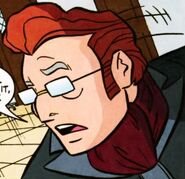 In Man of a Thousand Monsters!
Add a photo to this gallery

Retrieved from "https://scoobydoo.fandom.com/wiki/Tom_Burden?oldid=357771"
Community content is available under CC-BY-SA unless otherwise noted.