"The New Scooby-Doo Movies" is the theme song for the series of the same name, composed by Hoyt Curtin. The theme features the cast shouting "Hey Scooby!" with Casey Kasem following with "Where are you?".

Its central melody would serve as the basis for most Scooby-Doo series theme songs until 1985, and appeared frequently as incidental background music in episodes. A modified, extended version of it appears in Scooby Goes Hollywood.

The song was featured on the 1998 soundtrack, Scooby-Doo's Snack Tracks: The Ultimate Collection. 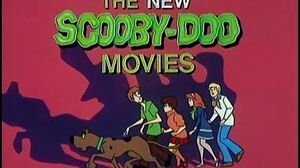 Shaggy:
Where are you?

Fill this section with a description of what happens.