The Best of The New Scooby-Doo Movies 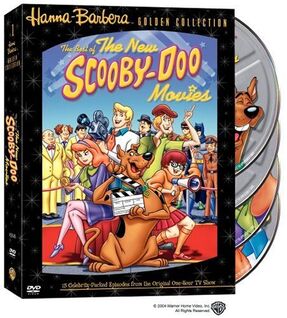 Warner Home Video originally planned to release a complete set of the series. However, most likely expensive royalties prohibited them from granting full permission for half of the guest stars, including from the Addams Family characters owned by Charles Addams' estate and the I Dream of Jeannie franchise owned by Sony. Fourteen years later, Warner Home Video were finally able to secure the rights to all but one of the previously unreleased episodes, and released a follow up with The Best of The New Scooby-Doo Movies: The Lost Episodes on June 4, 2019.