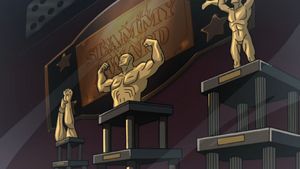 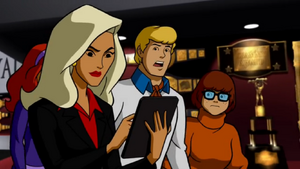 A Slammy Award is a wrestling award.

Awards to unspecified wrestlers were on display behind a glass wall which was destroyed by the Ghost Bear when the lights were cut out during WrestleMania.

Retrieved from "https://scoobydoo.fandom.com/wiki/Slammy_Award?oldid=162862"
Community content is available under CC-BY-SA unless otherwise noted.