Scooby-Doo! Unmasked is a video game developed by Artificial Mind and Movement, published by THQ, and distributed by Warner Bros. Interactive.

Mystery Inc. are on their way to see Fred's cousin, Jed, only to discover he is gone and the prime suspect in stealing from the company he works for. But finding Jed's whereabouts is only half the mystery in a plot that unravels someone's master scheme of revenge.

This applies to the home video console platforms. 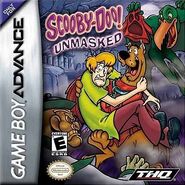 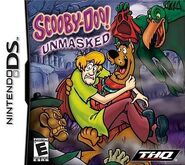 Title card/menu screen for GC/PS2/Xbox.
Add a photo to this gallery

Retrieved from "https://scoobydoo.fandom.com/wiki/Scooby-Doo!_Unmasked?oldid=389491"
Community content is available under CC-BY-SA unless otherwise noted.