For the comic based on this game, see Scooby-Doo! Mystery of the Fun Park Phantom (comic). 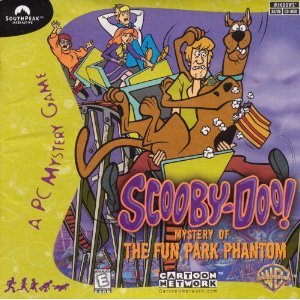 Scooby-Doo! Mystery of the Fun Park Phantom is a 1999 PC game developed by Engineering Animation Inc. and published by SouthPeak Interactive for Microsoft Windows. It has different simulated endings depending on the difficulty level and clues found in gameplay.

On the gang's way to visit Shaggy's uncle, the Mystery Machine breaks down in front of a house owned by an old couple whose amusement park is being haunted by a phantom. 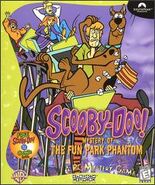 Retrieved from "https://scoobydoo.fandom.com/wiki/Scooby-Doo!_Mystery_of_the_Fun_Park_Phantom?oldid=367005"
Community content is available under CC-BY-SA unless otherwise noted.