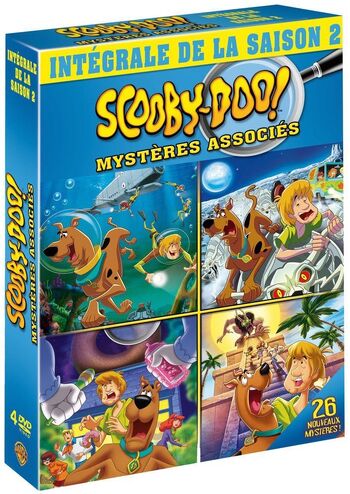 There is no product description written on the box, as the opposite side of the box simply contains the same image with a bar code in the bottom left corner.

However, the Amazon.fr page for the product does list a short synopsis:

(Scooby-Doo and his gang are back in an all-new series...)

Retrieved from "https://scoobydoo.fandom.com/wiki/Scooby-Doo!_Myst%C3%A8res_associ%C3%A9s:_L%27int%C3%A9grale_de_la_saison_2?oldid=258073"
Community content is available under CC-BY-SA unless otherwise noted.