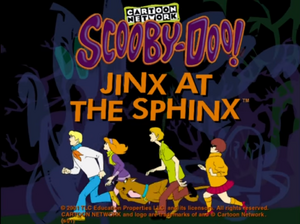 Scooby-Doo! Jinx at the Sphinx is a PC game released by The Learning Company. It was included in the Scooby-Doo! Mystery Adventures collection on October 19, 2001.

Scooby and the gang travel to Egypt to visit Velma's cousin, an Egyptologist, only to discover that she is missing and a mummy is on loose, terrorizing the tourists.

Scooby-Doo! Jinx at the Sphinx starts off with the player encountering the monster of this game; A Mummy.

Some of the objects only appear depending on the choices made. 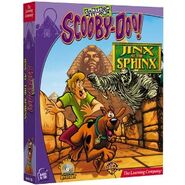 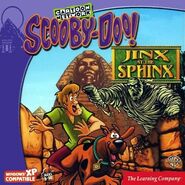 Retrieved from "https://scoobydoo.fandom.com/wiki/Scooby-Doo!_Jinx_at_the_Sphinx?oldid=390350"
Community content is available under CC-BY-SA unless otherwise noted.