LEGO Scooby-Doo! 75903 Haunted Lighthouse is a set from the first wave of LEGO's Scooby-Doo! theme. It has 437 building pieces, with five minifigures, and additional accessories. It hit the shelves in August 2015. 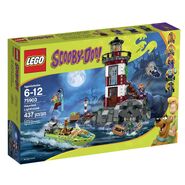 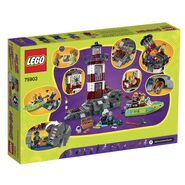 Back of packaging.
Add a photo to this gallery

Retrieved from "https://scoobydoo.fandom.com/wiki/LEGO_Scooby-Doo!_75903_Haunted_Lighthouse?oldid=284892"
Community content is available under CC-BY-SA unless otherwise noted.