Campbell's Condensed Soup is a product of the Campbell Soup Company, also known as just Cambell's. In 2013, they introduced a children's condensed soup with three different packaging; one featuring Scooby-Doo, a second with Scooby and Shaggy and a third with all of Mystery Inc. The soup contains pasta in six different shapes, with chicken pieces in a chicken broth. 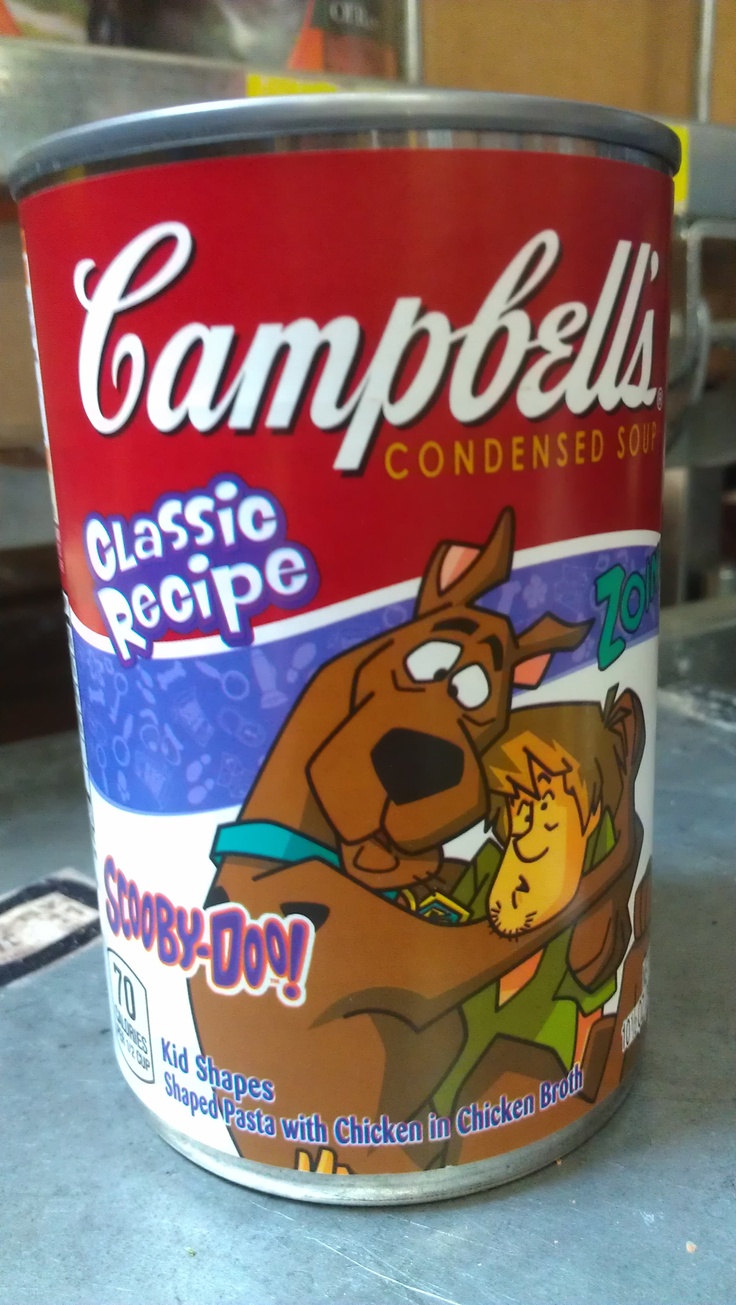 Retrieved from "https://scoobydoo.fandom.com/wiki/Campbell%27s_Condensed_Soup?oldid=302348"
Community content is available under CC-BY-SA unless otherwise noted.