Archambault was a French strongman for the Brancusi Circus.

Armchambault is big, muscular, with a bald head and brown mustache. He also has hairy patches over his body.

Armchambault is proud of his strength, and constantly refers to himself in third person. At first he is shown to be friendly and easy going. However in the end, he was shown to be furious and very vengeful after Marius' uncle left him the circus.

He conspired with Whitney Doubleday to carry out jewel robberies, using werewolf-disguised baboons, and later turned against Doubleday when the latter was caught, knocking him out with a tranquilizer dart so he could make off with the loot. He mugged Marius for the box office money until Scooby-Doo came in with a lot of animals and all the baboons tackled him, but he overcome them and chased Shaggy Rogers and Scooby. Shaggy then hit him with four tranquilizer darts. It turned out he was upset with Marius for changing the circus like he did. He was then taken to jail swearing revenge. 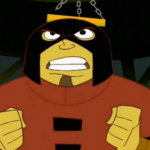 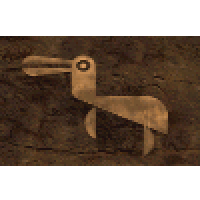