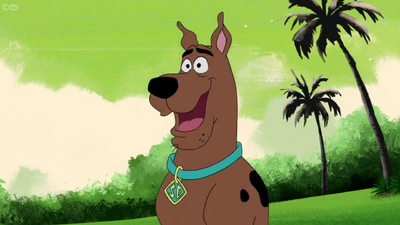 This article is about the original incarnation of Scooby-Doo. For other incarnations and uses, see Scooby-Doo (disambiguation). Scoobert1 "Scooby" DooNote 1 is the Great Dane mascot of Mystery Inc., and pet and best friend of Shaggy Rogers. 1 Physical appearance 2 Personality 3 Power and... 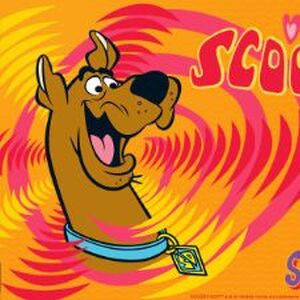 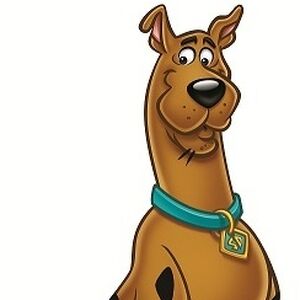 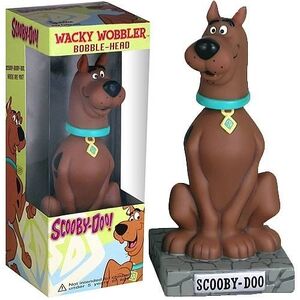 Anyone ever figure out who the black cat was? There were the 3 imposters but the last black cat, wasn’t revealed or anything. Just left as a cliff hanger not explaining anything..

At a WarnerMedia Keynote speech from the TV Kids Summer Festival 2021 info on new series Velma was revealed!

So, Velma is set to be of East Asian decent in the show, and the show is taking place in "a different world" where there's no van. Scooby will also not appear at all in the show sadly, though, Shaggy, Daphne and Fred will appear. All this information is at the 21 minute mark of the video here.

(edited by Scooby-Doo and Guess Who? Fan)
Scooby-DooVelma Dinkley

And so far we have gotten 4 digital issues that are basically the same as paper issues #1 and #2. 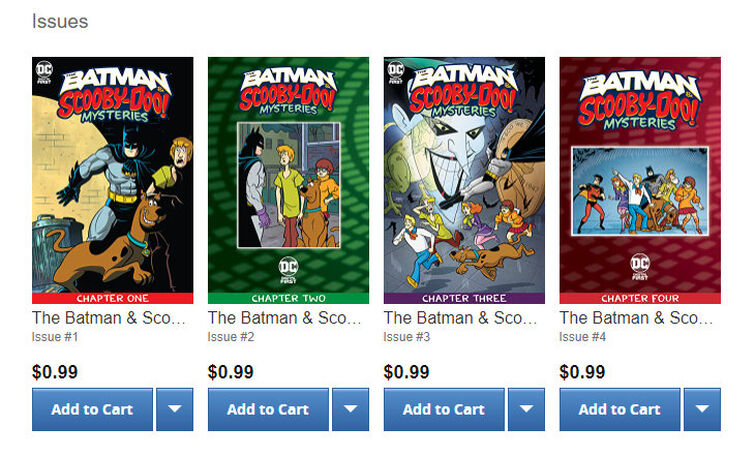 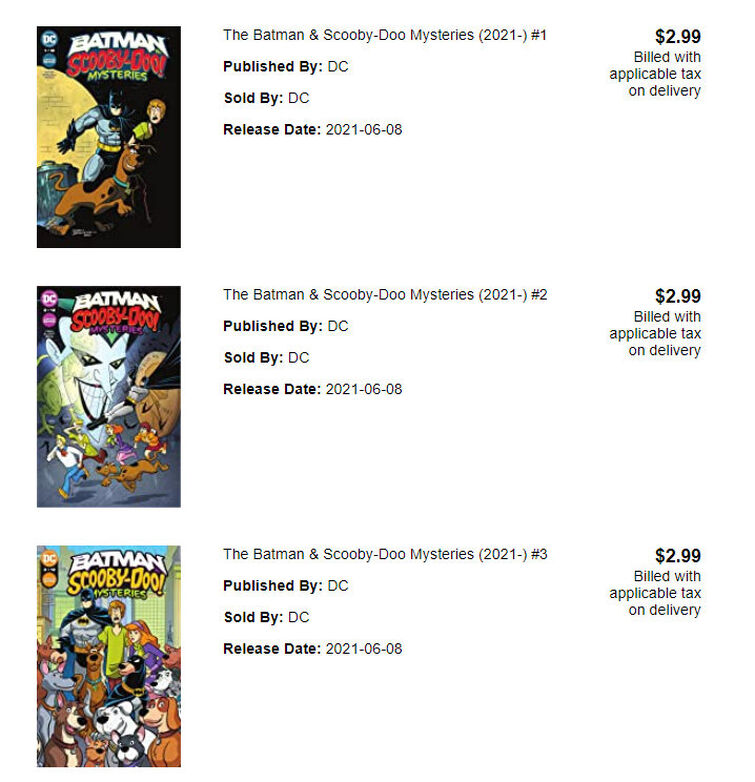 This image is of the subscription notice, saying that if you are subscribed, they will charge you for issues #1 and #2 in this new format.

So since I don't want to repay for those issues, I unsubscribed. On the 8th I will buy #3 and then resubscribe to the series, that will go 12 issues.

The current page doesn't show upcoming issues, and if there is a new page, it doesn't show up in searches. Previous links to issue 5 (#3 part 1) are currently dead.

Did anybody catch the Adam and Eve reference made by Shaggy in The Ghost of the Red Baron episode?

There's a scene in the episode where he and Scooby are picking apples from a tree.

In the scene, he makes a reference to Adam and Eve.

He says "I wonder if Adam and Eve had these problems."

It's even listed under the "Cultural references" section on the episode's page.

* Shaggy mentions Adam and Eve from the Bible, the first man and woman who sinned by eating fruit from a forbidden tree.

Now, I'm not gonna lie. I've watched the episode a dozen years back and I found that rather surprising considering the history of Adam and Eve and the fact that Scooby-Doo is a franchise marketed towards children.

I also understand that this may sound trivial because the episode was aired severel decades ago but I'd just like to know for curiosity's sake,......did anybody catch the Adam and Eve reference made by Shaggy in that particular scene during the episode?

If so, please let me know down below on the comments section so that my question will be answered.

It looks like we may be getting a SCOOB! sequel, series or video game at same point in the future. On Tony's Instagram (screenshot below), a fan mentioned that they wanted a SCOOB! sequel or video game. Tony responded to this fan's comment, saying "we are hoping to get a greenlight on something soon. Stay tuned!" At the very least, it sounds like the idea of some sort of follow-up to SCOOB! is being bounced around WB right now. I'm really excited and I hope we get some more news soon. 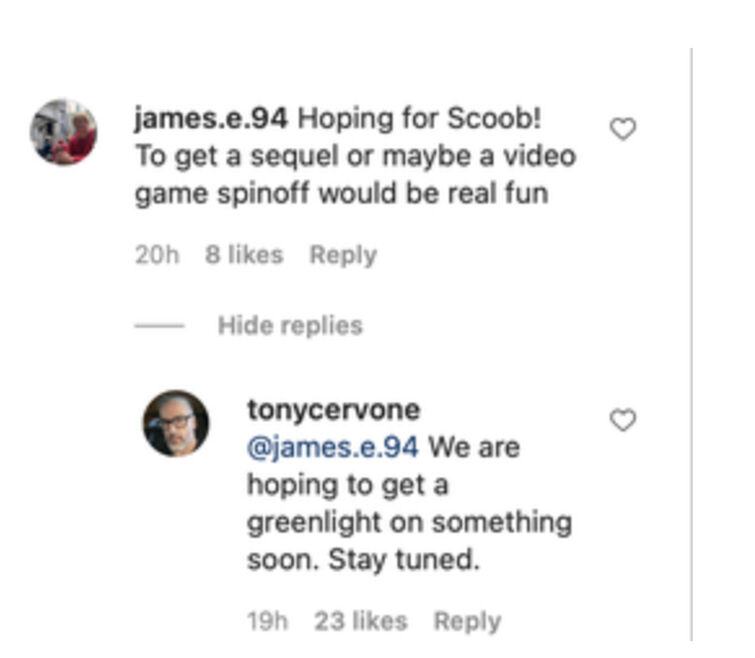 (edited by Scooby-Doo and Guess Who? Fan)
Scooby-Doo

I was really excited yesterday morning, because the final novel of Daphne & Velma (book 3), Buried Secrets, was supposed to be out yesterday. However, checking Amazon twice, I was disappointed to see that the book has actually been delayed again. Morgan Baden unfortunately confirmed for us that the book has indeed been delayed for an indefinite period of time, with no new release date picked.

Any idea of why they keep delaying the book 3? 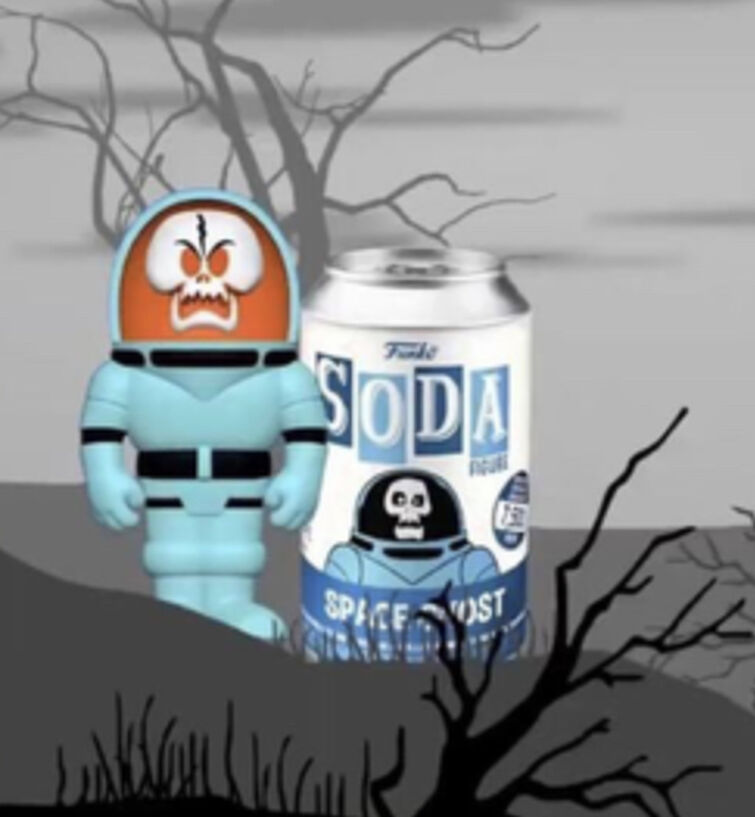 Remember the Scooby-Doo Werewolf Soda that came from Funko a little while ago? Funko has just announced they are making another soda, which they call "Space Ghost Soda." I believe it is just a collectible soda can and does not have any actual soda in it. I'm not really sure why they couldn't use the real name, "Space Kook," with this soda. The release date is currently unknown. The announcement of this soda also comes with the announcement of a few others - a Peter Venkman soda (from Ghostbusters), an Ash soda (from Ash vs. the Evil Dead) and a Dwight Schrude soda (from The Office).In addition, we are also getting some Hex Girls Funko Pop figures according to Funko Pop News! 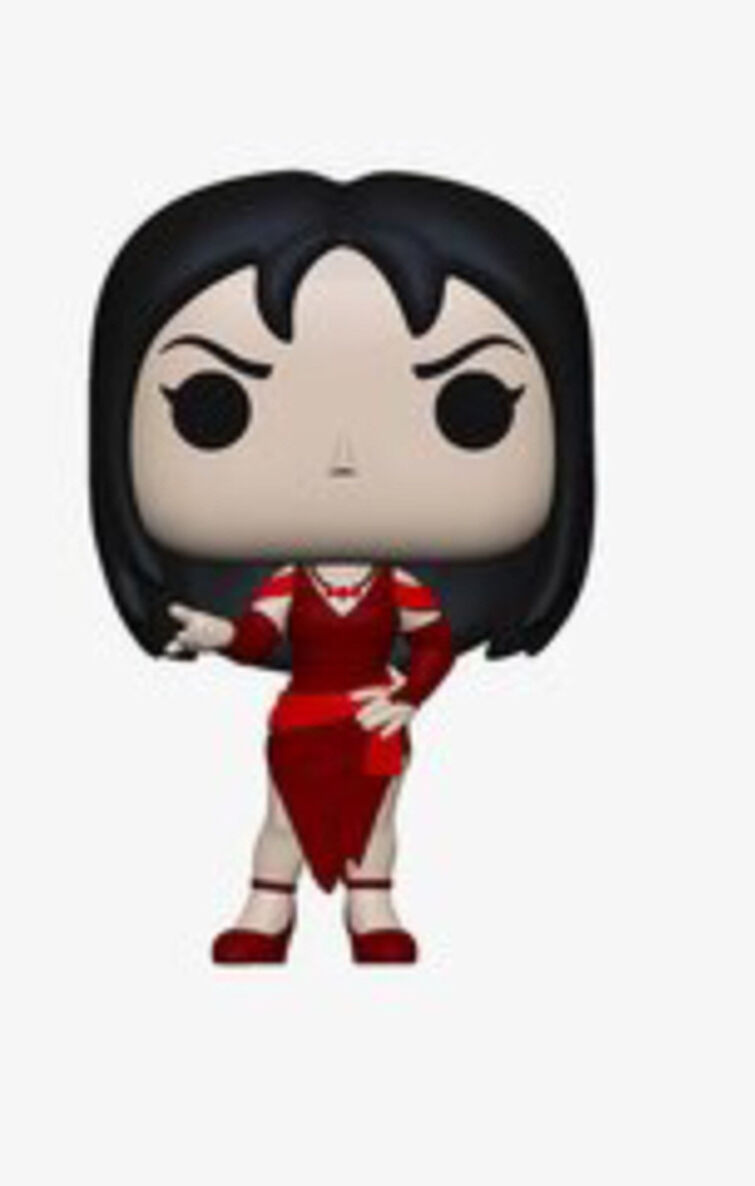 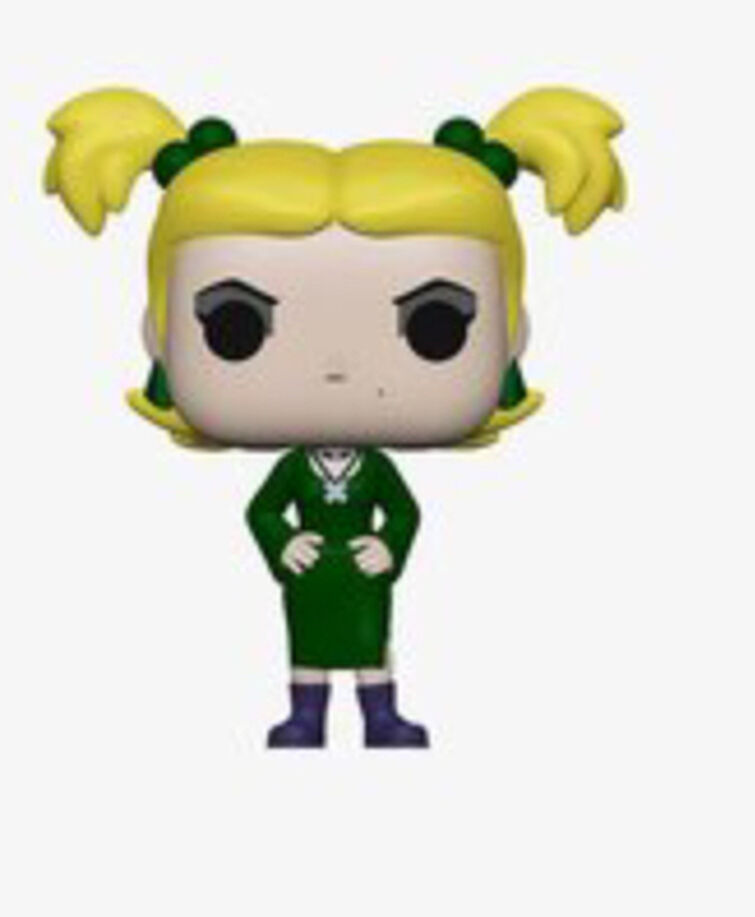 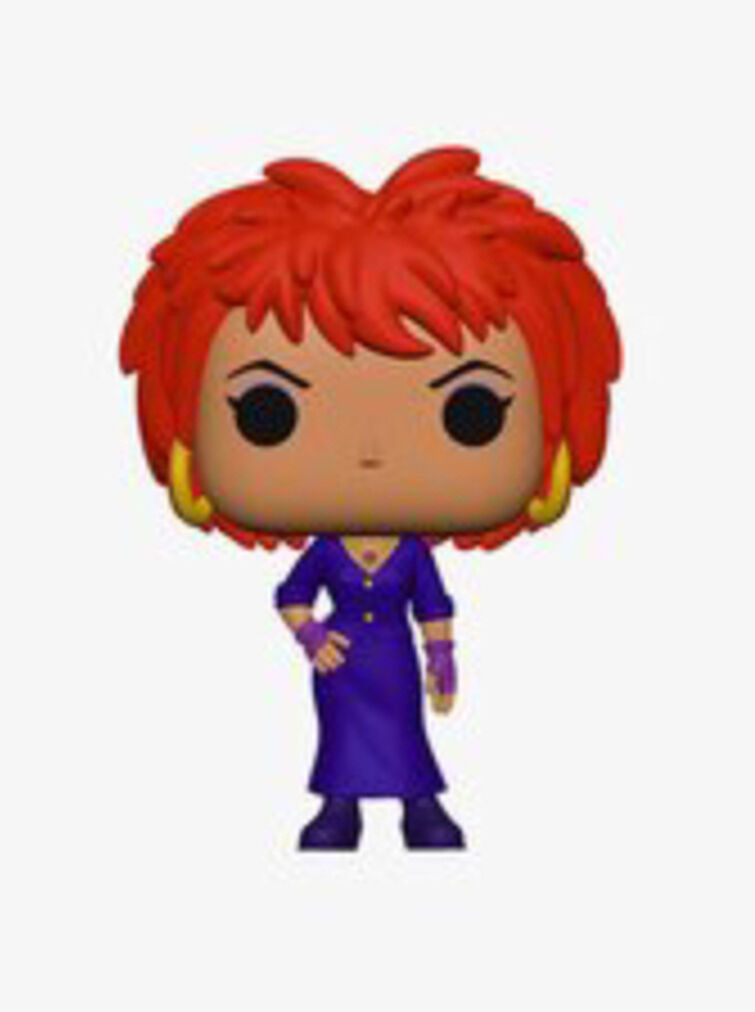 In related news, Jenifer Hale has recently came to Twitter announcing or teasing a foreshadowing Hex Girls appearance posting “I love me some Hex Girls!”

The image shows the cast of the Girls wearing masks seen to be at WB studios in L.A but has since been deleted as of now.

(edited by Scooby-Doo and Guess Who? Fan)
Scooby-DooHex Girls

Although many fans pegged "Space Station Scooby" being listed 14th on the Scooby-Doo and Guess Who? season 1 set as wrong, given it was the season finale, the copyright date for the episode lists 2018 whereas all others after it list 2019, so the placement on the set may actually reflect the order in which it was produced in. In addition, given "The High School Wolfman's Musical Lament!" features a clip show of scenes from the series, that episode may have been intended as the true season finale. James, from ScoobySnax, who inspired this week's fun fact again, also pointed out that there is an astronaut suit in "Dance Matron of Mayhem!" that looks exactly like the gang's in "Space Station Scooby." It's probably more likely that the "Dance Matron of Mayhem!" astronaut suit was designed to look like the gang's, not the other way around, which would serve as further evidence for "Space Station Scooby" airing 14th rather than 26th.

Those of us who were bummed when SCOOB! was pulled from theaters due to the COVID-19 pandemic are finally getting our wish this weekend. It appears that SCOOB! is popping up in many people's local theatrical listings for this coming weekend (May 21-23) in the United States, now that the mask mandates have for the most part been lifted. There will be limited showings for this weekend only, and this is only happening in select theaters, so be sure to check your local listings to see if you can finally see SCOOB! in a theater!

Getting a Scooby movie in theaters is such a plus for me! SO RARE.

So I know this news is a few days old, but I always try to wait for official confirmation before making posts about things, and thus I wasn't sure if I should mention it. A few days ago, a viral tweet of a person's private messages with Jerry Beck, an animation historian, blew up all over the Internet. The tweet claimed that WB had no plans to release any physical media after this year and they would be focusing more on adding content to streaming services like HBO Max, leading fans of numerous WB franchises including, Scooby-Doo, to believe that Warner Brothers would be completely discontinuing any physical releases after this year. However, Jerry Beck has responded to these claims in a public Facebook post, saying that his words were taken a bit out of context by all the different Internet rumors that stemmed from this tweet. 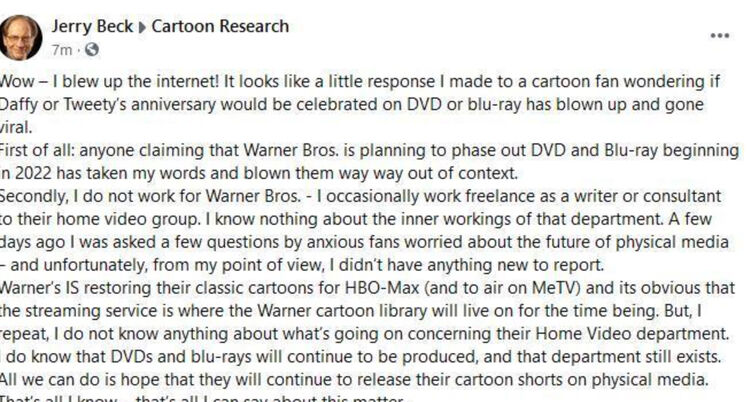 A new rumor has sparked on Twitter which seems the the upcoming Scooby & Courage movie is subtitled Scooby Visits Nowhere.

I think it was confirmed on YouTube by John R. Dilworth. Unknown is he is involved with the film. 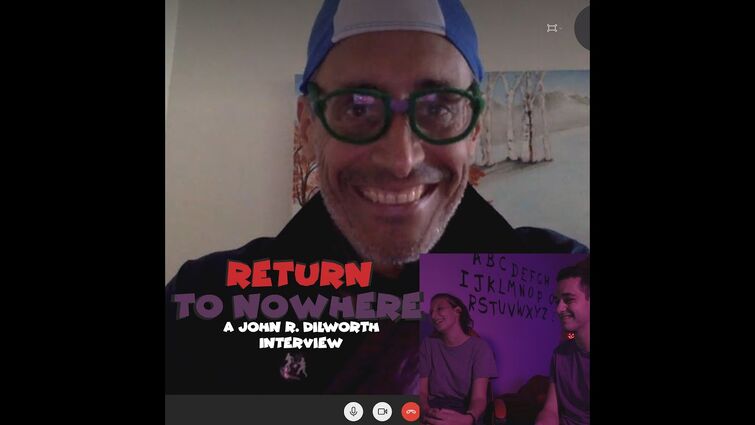 This is maybe fake. Have no idea.

In "Decoy for a Dognapper" from Scooby-Doo, Where Are You?​, the picture of Bob Miller's Great Dane appears different each time it is shown despite it being the same picture. The first time when Fred is holding it, it is a whole body shot of the dog. However, the second time when Shaggy's holding it, it is just a head shot. The handwriting is different on each photograph, and the dog's facial features also appear different.

I know this is a bit late but WB is reviving the HB STUDIO!

A lot of crazy things have happened this past year with the pandemic, but I don't think anyone expected this announcement: Hanna-Barbera is being revived as an animation company! Hanna-Barbera Cartoons has been defunct as a company since 2001 and it was bought out by Warner Brothers. According to The Hollywood Reporter, Hanna-Barbera is being revived as a studio (though still owned by Warner Brothers) in Europe. Currently, the only project they have announced is an Amazing World of Gumball film, but that certainly is not to say that there won't be any Scooby-Doo projects created at Hanna-Barbera Studios in the future!

Hanna Barbera had some productions this century such as Yabba Dabba Dinosaurs, and other franchise media. So excited it’s back! :)

Thankfully, HBO Max was able to negotiate with WB to keep these series on the service for the foreseeable future. No content will be removed.

Here are some images from today's episode "Scooby-Doo, Dog Wonder!" I'm loving the character designs for Blue Falcon and Dynomutt! 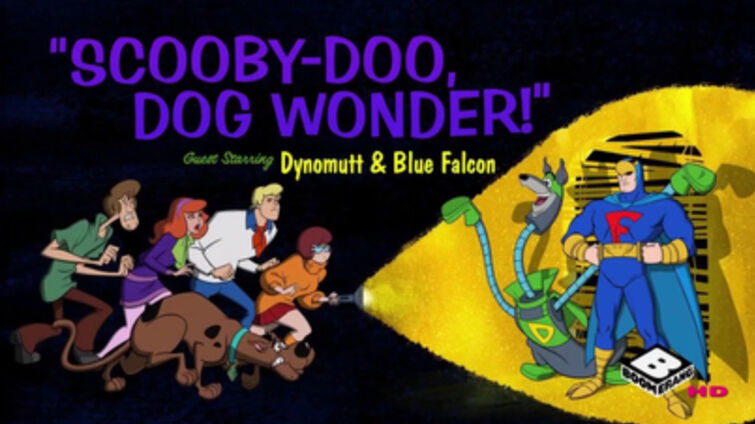 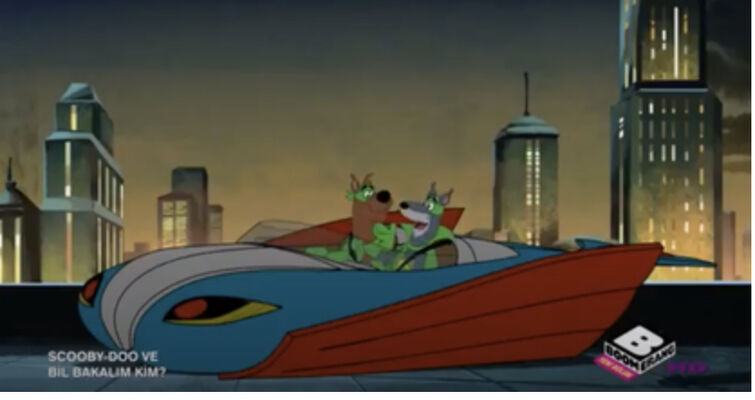 I’m a huge fan of the original Dynomutt series so I cannot wait for this episode! Looks epic! :D 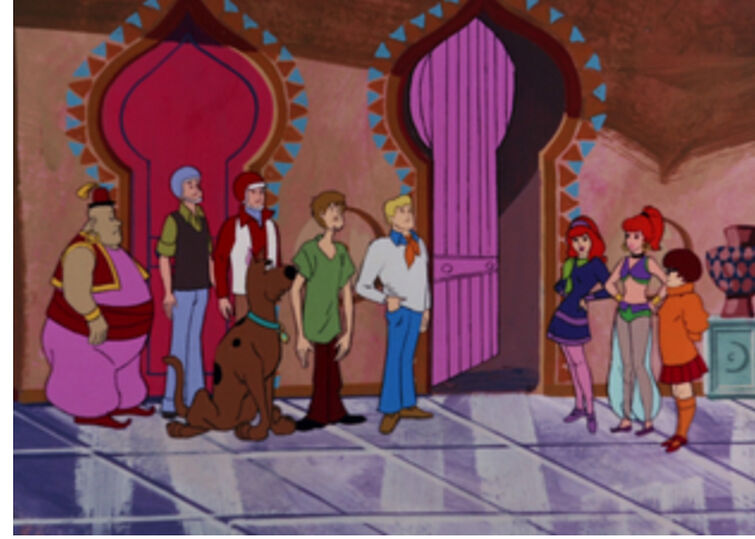 In addition to Sandy Duncan and Cher appearing in both The New Scooby-Doo Movies and Scooby-Doo and Guess Who?, Mark Hamill also has appeared in both series. Hamill voiced Jeannie's master, Corey, in "Mystery in Persia."

Australia has now aired the remainder of the Guess Who episodes, and thanks to Gatherer Hade, we know a bit more information about them. Captain Cutler, Charlie the Robot, Redbeard, and the Creeper will be the "classic" villains in "A Haunt of a Thousand Voices!" In addition, the title for the series finale was apparently sent to TV providers incorrectly (which wouldn't be the first time...other examples include "The Fastest Fast Food Fiend," "Sorcerer Snack Scare," "Escape from Mystery Island," etc.). The title is apparently "The Movieland Monsters!" according to the title card, not "The TV and Movieland Monsters!" as previously reported by numerous TV guide sites. The episode will be very reminiscent of "E-Scream" from What's New, Scooby-Doo? and will have a Hologram Monster as the villain. The movies that the gang go inside of in the episode are The Searchers, Casablanca, A Night at the Opera and The Wizard of Oz (two of which have been already sort of done in The Richie Rich / Scooby-Doo Hour).I'd like to give another huge thanks to Gatherer Hade for sharing this info with us! Images BELOW: 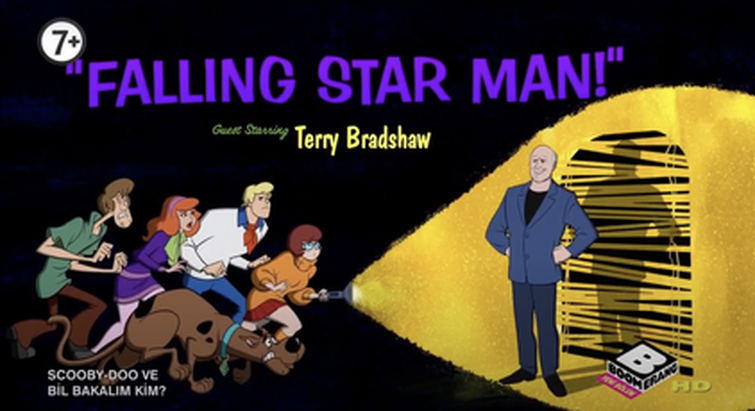 It is mainly only this one because we already have the Alien picture.